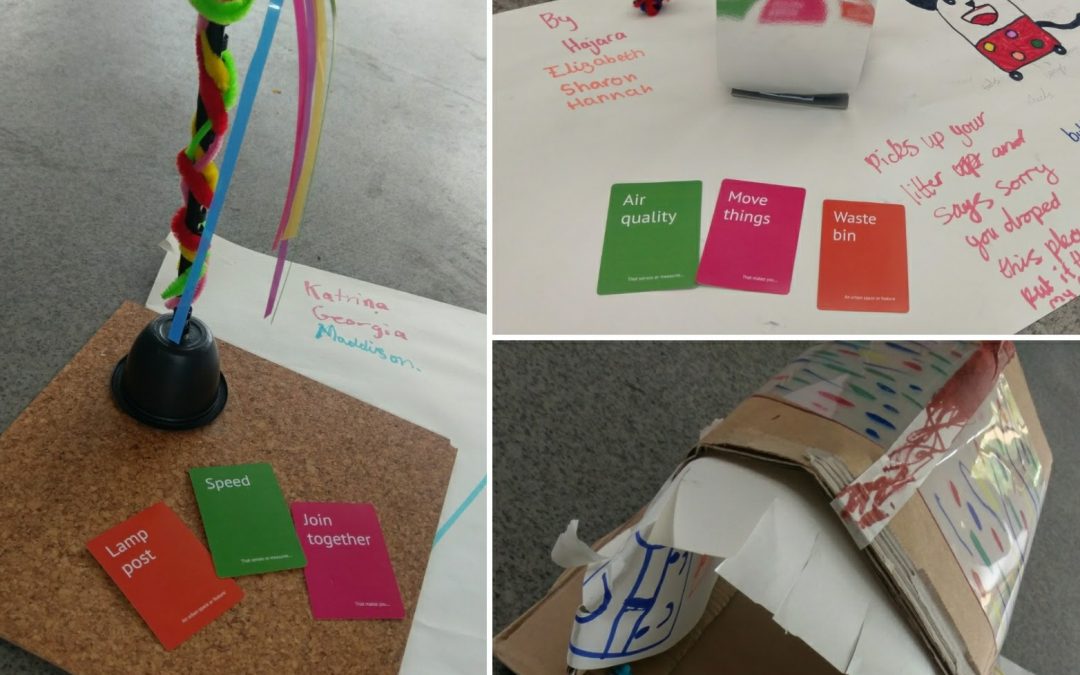 We’ve been hammering the workshops and public consultation this week, hitting the ground running between the popping exhausts and squealing tires at Coventry Motofest. There have been lots of super exciting ideas in response to ‘How can we make Coventry a more playable city?’ – life-size weeble suits, a giant litter tray with balls of yarn that chase you, puddles that soak cars driving by instead of pedestrians.
We zipped straight from Motofest over to  Moseley Primary School a few days later – and wow! Those kids have same crazy-fun ideas! Personal fave has to be the ‘massage bench’ which rewards you when you engage in conversation with the stranger sat next to you by warming the seat and giving you a massage. A smart bit of tech that challenges social exclusion – now you’re talking our language!
Later in the week the team split up – Sam and Susan went to Heritage Open Day to chat to more people about how we can all make Coventry more playable, using maps to encourage people to think about their usual route into the city and areas of Coventry they may have never explored before. Dom and Anne were just over the road working with one of the groups at Ego performance – a FAB local organisation that promotes youth creativity in the performing arts. These guys sure knew how to make Coventry more playable – we came away with a heap of exciting concepts and prototypes…
It’s been great getting out to meet you this week Coventry, it’s clear we’re a city just waiting to be asked out to play!