Lots of thought provoking conversation about our City! 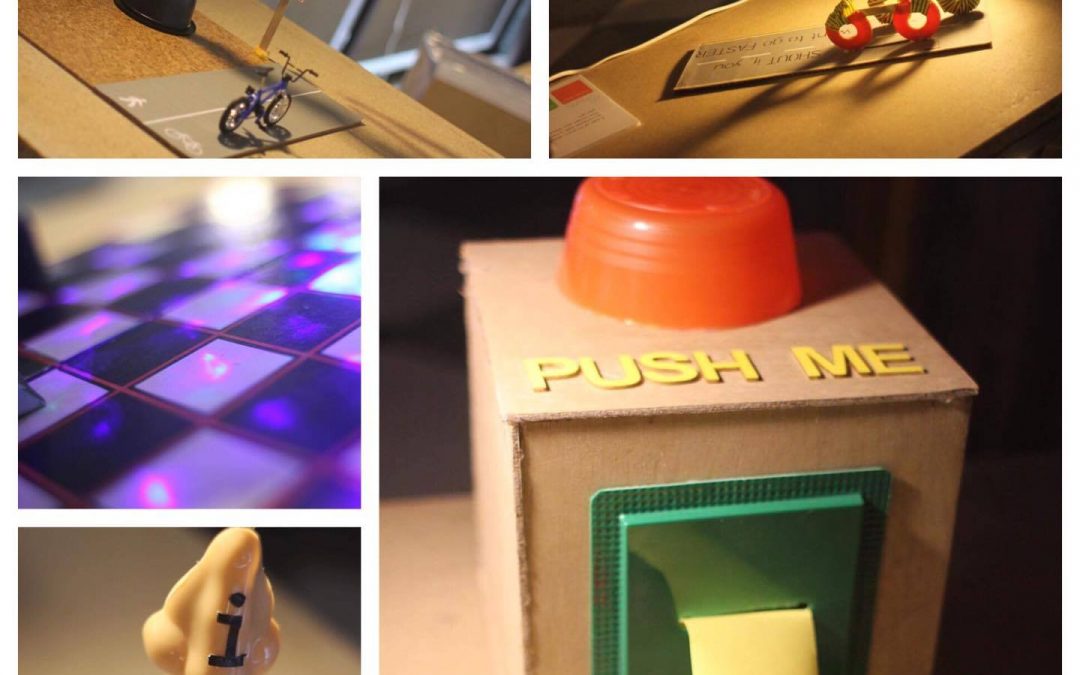 It’s been great to see people wandering around the Open Citizen exhibition at the CET building over the last 2 weeks – there’s been lots of thought provoking conversation about our City, what it would mean to be City of Culture 2021, and how play can create better citizenship.

We’ve had over a 20 prototypes on display that were designed and created by the people of Coventry in workshops with Ludic Rooms over the last few weeks. It was a hard task to whittle down the 100+ models/ideas that came out of the workshops, but in the end we have an exciting series of prospective tech-play installations, including:

And so many, many more…plus we’ve also been adding in new prototypes as the exhibition has progressed. Members of the public have had the chance to make their own models when they’ve been in to see the exhibition. We’ve also held some more workshops in the space that have produced even more exciting ideas (a whoopey cushion bench…)

We’ve had two evening events in the CET building whilst the exhibition has been open. The first was a really exciting event for Coventry, and something that we were particularly excited to be involved in; Ludic Rooms, together with IDP & Coventry University School of Art & Design held an Urban Room; an experimental event to explore how urbanists and artists can make the city more playable and rediscover some of its lost spaces. The event was an opportunity to discuss the potential for an Urban Room project in Coventry and included a talk by Claire Tymon; the founder of Urban Rooms Blackburn and Director of Placeshakers; a social enterprise to creatively bring about change in the built environment.

We also held a City of Culture 2021 bid sponsors event, which gave us a great opportunity to meet some of the lovely faces behind the range of companies that are supporting Coventry in its bid to City of Culture – we even put them through the ringer with an Open Citizens prototype workshop – and you could definitely spot the engineers! Such a great night!