The people are the city 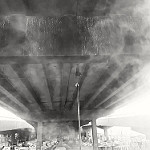 This is a guest blog by social artist Dan Thompson. It first appeared on the a-n blogs page here 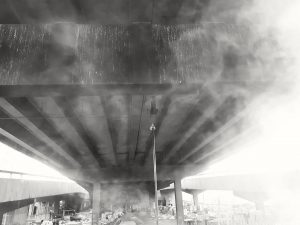 If the last few years have taught us anything, it should be that democracy is more complicated than asking people a binary question. That creates instability, uncertainty, and a dangerous space where bad ideas rise to the top. We need every citizen to understand issues, interrogate policy, question authority, and find local solutions to global problems. This week, I spent a couple of days working with Ludic Rooms, to look at how their Open Citizens projects start to find ways to create such an enabled, empowered and emboldened citizenship..

The Coventry-based studio are now working on their second Open Citizens project, and it’s important to understand that this is less a distinct project, more a methodology which underpins a series of projects. Open Citizens encourages people to start to understand problems at a local level, to try and test ideas that use technology to fix them, and through that process understand more about how citizenship might look in the near future. Ludic Rooms are particularly interested in the idea that we live in a postdigital world; that is, where there was once a clear line (maybe…) between the ‘digital’ and the ‘real’ world, that divide no longer exists. So their projects combine cardboard and computing.

The current Open Citizens project was commissioned by the team behind Coventry’s bid for UK City of Culture. It is funded by a range of local commercial bid partners as well as Arts Council England.

It looks at Coventry’s city centre. The area is in a process of renewal as a large amount of new student accommodation is either retro-fitted into existing property (an old hotel, the spaces above shops) or built on brownfield sites. Across the city, old buildings are getting new life, and a scattering of cranes and concrete stair cores indicate the sites of new towerblocks.

I first worked with Ludic Rooms founder Dom Breadmore in 2009, when I was commissioned to produce a Void Space Strategy for the city. In that work, I found a people-scaled city, full of pedestrian spaces forming distinct areas. Most importantly, I identified key areas which, if activated, could create better routes through the city. Some of that is starting to be addressed and looking at Coventry’s skyline is like watching a digital graphic equalizer as a song builds to a climax.

So Open Citizens is going to enter this contested and changing space, looking at the public space between and around these buildings. It will look at how people move around that permeable city centre. It will identify where they stop, pause and take breath. And then, by making people’s behaviours visible, it will create simple ways to change behaviours and encourage people to understand how they both own and share space. In doing that, it will gently challenge and question the gradual privatisation of such city centre spaces.

I’ve helped Dom and his Ludic Rooms team refine the first stage of their project, as Open Citizens starts this month with a series of focused conversations with people who use the city. These may include taxi drivers, shopmobility users, and customers in shops and cafes. These conversations will form an experiential evidence base which when retold will inspire people in a series of workshops with targeted local groups. In the workshops, participants will be asked to use everyday materials – cardboard, tape, string and glue – to create objects which, when placed in public spaces, could change people’s behaviours.

Alongside this, a mass of data will be collected using simple questions on postcards, distributed as widely as possible through existing networks like offices and schools. This work, based loosely on the Mass Observation movement started by anthropologist Tom Harrisson, poet Charles Madge and filmmaker Humphrey Jennings, is a technique I’ve often used, and it is a simple but powerful way to start more complex conversations. 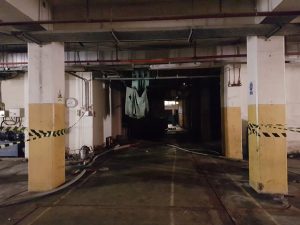 This broad data, and the rough objects made in workshops, will be exhibited in the old Coventry Evening Telegraph (CET) building in June-July. Visiting this vast office building and old printworks this week was a reminder that we’ve lost an important element of local citizenship in just a few years. Staffed properly, with trained and experienced journalists under a real editor, the local paper was a vital part of the city’s democratic structure. Today, most local papers are clickbait factories with few staff and no local presence. Open Citizens use of the CET building will echo this earlier use, allowing people to see the city (possibly through a temporary Urban Room), reflect on it, and have a role in saying what comes next.

After the exhibition, the objects and the data collected will head back to the Ludic Rooms studio in the old Canal Basin Warehouse, whereas lead artist Dom will work with further associate artists and backroom boffins to create working prototypes which will head out into the city’s public spaces in October.

Here in Margate, with a dysfunctional Ukip-led council and crushing poverty existing alongside an affluent class of new London incomers, it’s obvious that we need tools that help people to become active citizens more than ever. I’ll be watching Open Citizens. Two days in Coventry has reminded me what a great city it is. While part of that is down to good postwar civic planning and beautiful midcentury architecture, it’s mostly down to people.

“What is the city but the people?
True,
The people are the city.” 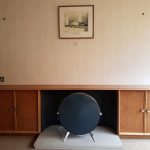 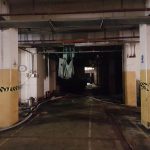 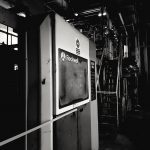 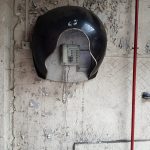