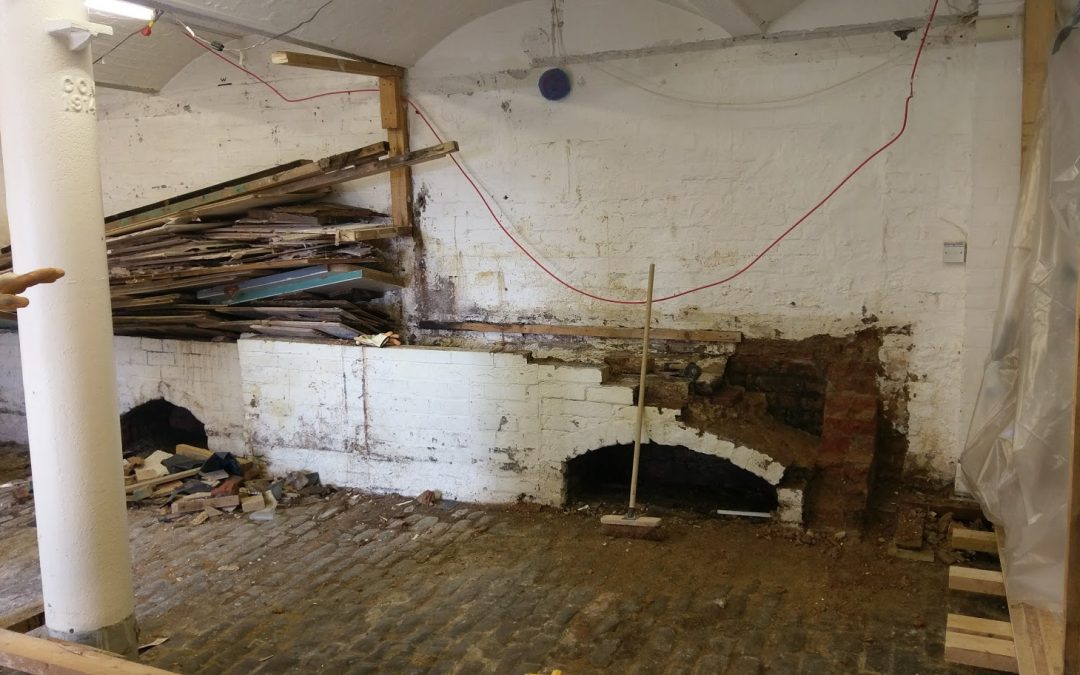 We love our studio here at the Canal Warehouse but for the last year we’ve had a rather stinky problem. Calling an 18thC warehouse our home certainly has its benefits but around a year ago we discovered that one of our lovely exposed 200 year old brick walls had a problem. A leak…from the canal…into the studio. This has meant heaps of damp, mould and general mankiness. It has taken months of wrangling to get the problem seen to but finally some rather major renovations are taking place.

We’ve had to condense everything in our unit into a fraction of its usual space – no workbench or build area for around two months while the building work goes ahead. As part of the process, however, we are expanding! We’ll be consuming another unit on the end of the building, which we’ll be turning into a print studio and additional area for workshops. This also means we’ll get more floor and wall space, running water (from a tap rather than through the wall hopefully) and another window! Aaaah, precious daylight. When we come out of the other side we’ll be working from nearly 1200 sq ft of space. We’ll be sure to update with the ‘after’ pics when it is all done.