Permission to Play at the Wellcome Collection 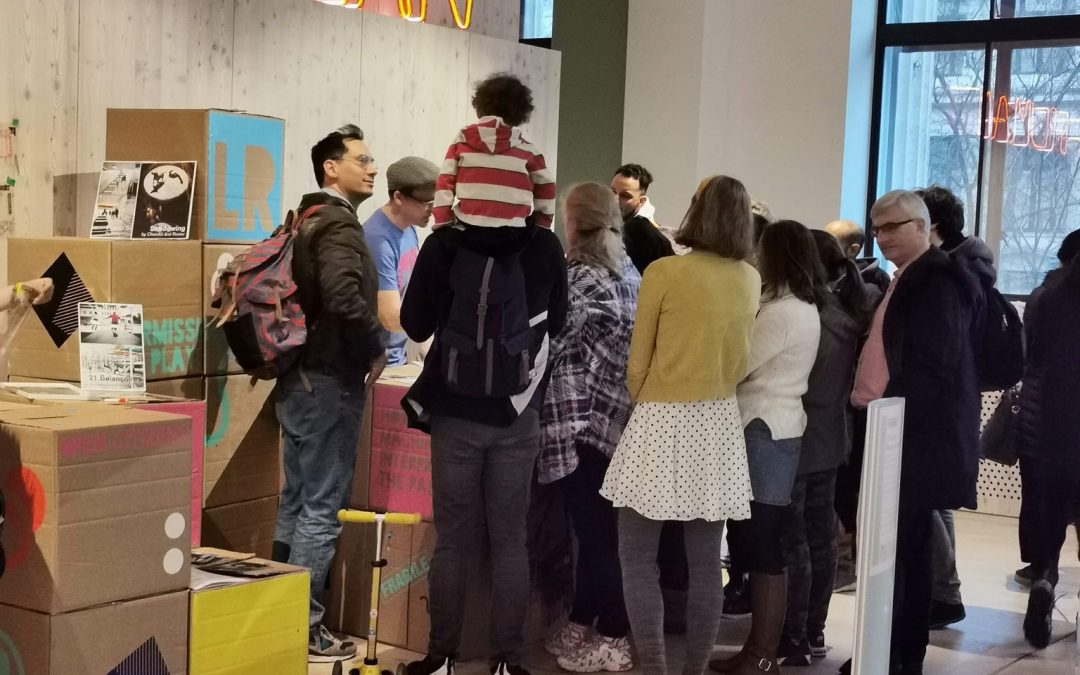 Reflecting on an incredible weekend – exhausting and inspiring in equal measure – for the Permission to Play weekender at the Wellcome Collection. We built an interactive playspace from cardboard boxes, centred around a carousel of interactive activities that challenged visitors to use different technologies to challenge issues of democratising access and invitation to play. A new version of our ML card game (originally developed with Shakespeare’s Birthplace Trust) responded to the potential biases present in how objects are collected, categorised and described by both museums and machines using images from the Wellcome Collection. We also hosted an acetate & whiteboard marker version of our Open Citizens playable cities workshop and invited people to capture their play protests in AR animations using the brilliant DoodleLens app. Much fun was had by all.