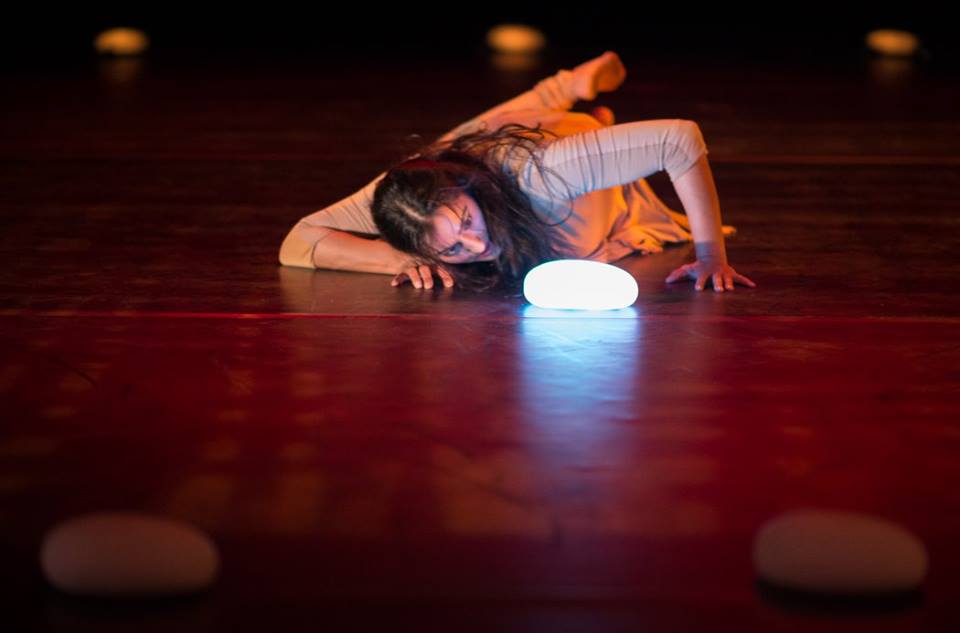 After a week of late nights and early mornings in the space, our new touring show ‘Virago’, a collaboration with Sonia Sabri Co, opened at mac on Saturday.

This has been a complex creative journey, with a host of technical dilemmas and challenges. We are, however delighted with the final piece.

You can get another chance to see the show at the Wolverhampton Arena on March 29th. Tickets and info here

Virago is vibrant, compelling, brave and dynamic, exploring the light vs dark and the real vs fairytale versions of female existence. The work looks at female body image and in particular women’s complex relationship with their own bodies, teasing the audience with perceptions and misconceptions of the female and gender.

Sonia’s unique ‘Urban Kathak’ language combines on stage with motion triggered digital art, alongside a sound-score combining spoken word and music, with rich and diverse influences: a cacophony of voices from Europe, the Middle East, South Asia and Africa, representing and speaking to women worldwide, but appealing all of our humanity, regardless of gender and culture. The digital aspect is cutting edge and experimental, using image manipulation in a sensory dialogue with the live body.

Virago features a setup of 17 custom built illuminated rocks that interact with the performer, in total made up of 352 dynamically controlled Neopixel RGB LEDs and controlled via a mesh network of 6 Arduinos. The show is run from a custom interface, built in Processing by the wonderful Dan Hett. The show also features three projectors, run from a setup using VDMX, Vezer and MadMapper – all setup by Leon Trimble. The projected images are a combination of original HD footage by ourselves and Mat Beckett as well as 3D particle content built using Kinect via Depthkit.